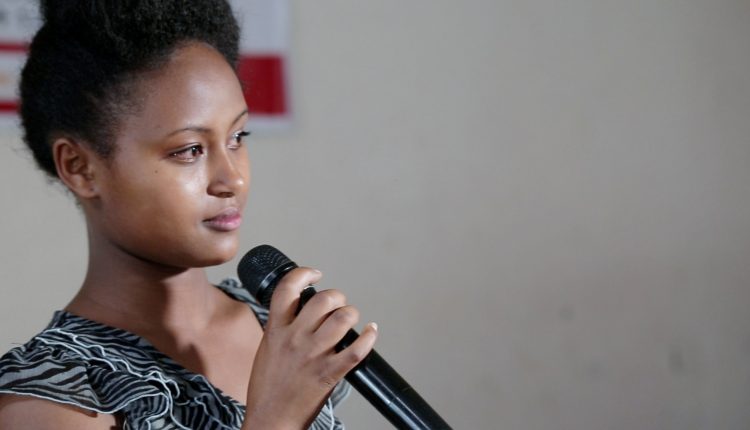 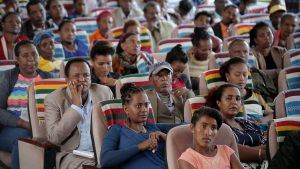 In May, KMG launched  a concerted campaign against domestic violence in the wake of a succession of several highly publicized murders of women by their husbands in the Kembatta area. Below is a summary of what we learned from Boge regarding this campaign.

“We got some funds and launched the Campaign against Domestic Violence  in Kembatta, Durame. It was daunting; but it was a really successful beginning. The context is people have accepted Domestic Violence  as a normal part of everyday life; more specifically, as a manifestation of man’s right to control his family and to exercise his authority over his wife. Given this context, many were shocked to learn Domestic Violence is extremely dangerous and the leading cause of death in many parts of the world for women between the ages of 15 and 44. This is more than other well know killers such as AIDS, TB or malaria!

During the campaign, we managed to distribute thousands of information cards and brochures. We used a local radio station to spread the word. Hundreds attending our initial meeting. The silence was broken; the question is: how to raise enough funds to mobilized communities, using our proven community conversation tools to continue until change indicators show people are talking freely and openly about domestic violence . Once the process starts, it will have ripple effects; people will make decisions, reach consensus, establish community sanctions, and monitor every neighborhood with the goal of  stopping all atrocities which include FGM, Though we have been discussing domestic violence  in our overall Gender Based Violence work, it was not our focal point. Now, we want to emphasize  that all gender-based violence starts from home at birth, and must be uprooted”