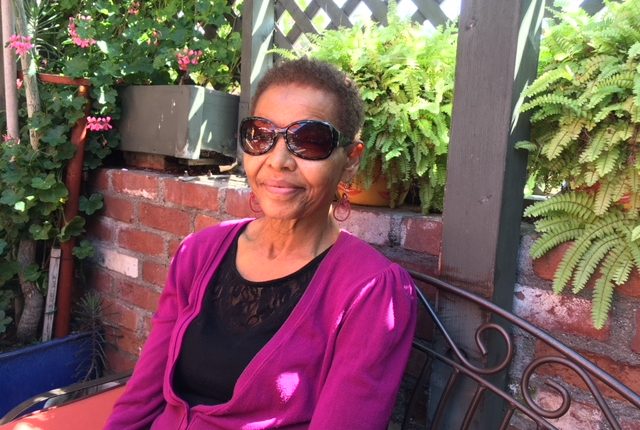 My update will focus on the following four areas: domestic violence, social accountability program, how to sustain our gains, and expanding our reach.

Though we have been discussing domestic violence in our overall Gender Based Violence work, it was not our focal point. Now, we want to emphasize that all gender-based violence starts from home at birth, and must be uprooted.

In May (2017), KMG launched a concerted campaign against domestic violence in the wake of a succession of highly publicized murders of women by their husbands in Kembatta and its vicinity. I am providing a brief summary of the campaign below.

We got some funds and launched the Campaign against Domestic Violence in Durame, the capital of Kembatta. It was daunting; but it was a really successful beginning. The context is people have accepted Domestic Violence as a normal part of everyday life; more specifically, as a manifestation of man’s right to control his family and to exercise his authority over his wife. Given this context, many were shocked to learn Domestic Violence is extremely dangerous and the leading cause of death in many parts of the world for women between the ages of 15 and 44. This is more than other well-known killers such as AIDS, TB or malaria!

During the campaign, we managed to distribute thousands of information cards and brochures. We used a local radio station to broadcast the event live, reaching hundreds and thousands & hundreds attending our initial workshop. The silence was broken; it is reverberating; through resonance and multiplier effect, it will reach millions. We are already observing change indicators:-

In August, a husband killed his wife in domestic dispute, in Tembaro District. The police and the courts who normally consider such killing as a private matter, accident and do not seriously peruse, took a swift action. In the beginning of September, the husband was sentenced to death penalty.  A woman who heard a violent disturbance by her neighbor had called police and the police arrived on time arresting the husband and was sentenced one year imprisonment for beating and inflicting bodily harm to his wife.

During the 16 days of activism, 2017, we are undertaking campaign that is focused where the women were killed recently. However, moving forward, how do we raise enough funds to mobilize communities, using our proven community conversation tools to continue until change indicators show that people have recognized, domestic violence, as their problem; are talking freely and openly about it? Once the process starts, it will have ripple effects; people will make informed decisions, reach consensus, establish community sanctions, and monitor every neighborhood with the goal of stopping all atrocities which include FGM.

Social Accountability is a process by which ordinary citizens hold their policy makers and service providers accountable for their performance. The aim is to improve the quality and access to basic public services by enabling citizens to actively participate & provide input & feedback to service providers.

In ESAPII phase, KMG implemented this program between January and September 2017 in three zones and ten districts of our operating region. The project was funded by Multi Donor Trust Fund, led by World Bank & managed by the Management Agency.

The project was aimed at enhancing government accountability and transparency & responsiveness through citizens’ actions that hold the state accountable with the assistance of the media and other entities. The project has helped enhance the capacity of citizens and government officials to adopt various tools that enable them to monitor, evaluate and assess the quality, availability, accessibility, adequacy, efficiency and effectiveness of basic service delivery. The project started with the capacity building of both the local government officials and citizen on the use of Social Accountability (SA) tools, approaches and mechanisms as a means to make basic service delivery more equitable, effective, efficient, responsive and accountable.

During the project’s life span, various activities were implemented with the objective of improving basic public service delivery by local governments by making them better attuned & responsive to the needs and priorities of citizens. In this period, many remarkable improvements were achieved overcoming the many challenges faced by stakeholders.

August 26 2017 an end of project workshop was organized with the participation of representatives from Government officials from Regional Bureau to Kebeles (sub district), Council Members and the larger citizenry. The bridging phase of the project was focused on consolidating project achievements and building momentum to scale up the initiative to new phase & areas.

HOW TO MAKE OUR ACHIEVEMENTS SUSTAINABLE

KMG and the communities it serves have achieved a lot over the years in combating gender-based violence, particularly, FGM. How do we make these successes sustainable? Since NGO’s come and go, KMG believes the only way to make these gains sustainable is to create ownership of these gains by the people and their institutions: both community-based and governmental.  Key pillars of community ownership are the clubs and forums formed by Uncut girls – and their support groups, called Gezzimma. Each club with 60 to 80 members in each sub-district – that serve as watchdogs to monitor and prevent women and girls falling victims of violence, FGM and other harmful practices. These clubs work not in isolation but in collaboration and coordination with all community and governmental entities at all levels including community self-help organizations (Idirs, local militias, police, the courts, schools, churches and mosques). KMG works with all entities to ensure roles and responsibilities are defined and linkages are established. Since the uncut girls clubs are embedded in the communities, they are in a position to monitor and detect impending harmful practices (e.g. families planning to perform FGM) and intervene to prevent it by educating the families that it is dangerous to the health and wellbeing of the girls, that it is against the law, etc., Then if the family insists, the club will escalate matters to the local militia and somehow, if the girl is cut, they go beyond seeking justice under the law. In this way, the Uncut girls clubs & Gezzimmas have a critical role in monitoring, preventing, protecting and serving women and girls in the communities, working with all the other linked entities with their defined responsibilities.

HOW TO EXPAND KMG’s REACH AND IMPACT

Since KMG has developed and refined best practices, tools, and methodologies for building communities’ capacities for transformative change, we always seek ways to share it with others so everyone does not have to reinvent the wheel. For example in 2004, KMG served as the national coordinator and trainer for CCE-CC methodology for all of Ethiopia, training more than 6000 facilitators at the request of the UNDP and government (Ministry of Health). In addition, KMG has shared its innovative tools and best practices at various African and international forums and various groups, including six East African countries (through Norwegian Church Aid support) who have received training at the KMG Center. In our strategic plan (2016-2020), we have put great emphasis in continuing and expanding this tradition of sharing our best practices with others to leverage their work. Our goal is to train facilitators outside our operating region in our theory of change, tools, and methodologies so they can adapt it to their particular conditions and effect change and transformation.  We will monitor their application of these tools, provide them guidance and support when they run into challenges, and helping them achieve their goals, thus accelerate the momentum of change that is already in the country.

In this way, KMG will be able to expand the geographical reach and transformative impact of its methodologies both quantitatively and qualitatively.